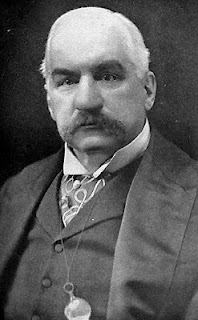 In another century far away on the island nation of Madagascar, the delicately tinted pink beryl was first discovered. Beryl is produced in a bouquet of fanciful hues but this ethereal tint warranted a special name.

George Frederick Kunz, called the father of modern gemology bequeathed this charmer with the moniker of Morganite--in a nod to his friend, American financier John Pierpont Morgan, himself a world class mineral collector. 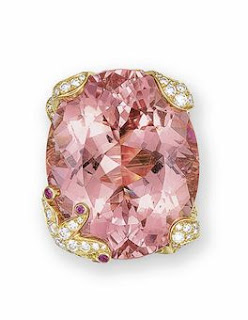 Comparatively rare, this beryl variety appears in a range of pink to rose shades, sometimes with a bit of a brownish peach back color as seen in this magnificent Christian Dior Morganite, pink sapphire and diamond ring auctioned through Christies Hong Kong in 2009. Pre-auction estimates for this beauty ranged between $10,000 to $15,000US but the savvy bidders said more. Gavel came down on almost $68,000 US.
Asian jewelry fans have long been known for their gemstone prowess, and their astute grasp of value in colored gems. Small wonder this outstanding stone went to Hong Kong for sale.
Email Post
Labels: Christies Hong Kong JP Morgan Morganite pink beryl