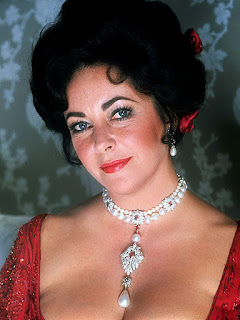 Once upon a time all pearls were natural, meaning that they developed spontaneously inside a mollusk. Early in the 20th century famed pearl man Mikimoto changed all that when he successfully cultured pearls by means of inserting a foreign object into the soft tissue of the lowly bi-valve.

The legendary Peregrina is both natural and enormous. Did I mention famous too? This 16th century bauble is approximately 50 carats--except that pearls are weighed in grains. This one is 203 grains, which was quite a whopper even to Spain's King Philip II, one of the first owners of this prized pearl. 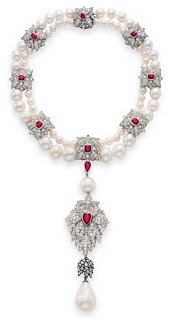 Richard Burton, a history buff, bought the treasure for Elizabeth Taylor in 1969. She didn't tell him right away when her pekingese chewed on it after she accidentally dropped it.