The Big Deal About Keshis 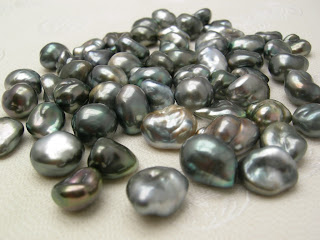 Some pearls are valued on their superb symmetry, or size, maybe luster. Keshi freshwater pearls are lauded for their unexpected shapes that intrigue; and are the stuff that unleash a designer's wild imagination. So they have legions of fans.

What consumers may not always know is that unlike cultured pearls whose shape and size have been guided by the nucleus bead inserted in the mollusk, Keshi's are all nacre, baby. Solid nacre can be felt in the increased heft of each pearl. It also allows a pearl to develop a deep rich luster as the result of so many layers of nacre being built up over time. 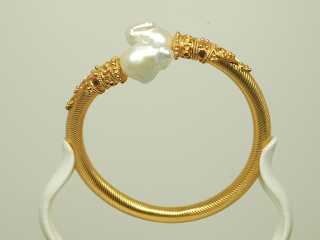 The non-nucleated Keshi (means poppy in Japanese) pearl is actually a beautiful serendipitous bi-product of pearl cultivation. Like the image at the top shows, for some reason there is a higher percentage of gray color Keshis being produced. Whatever their color, Keshis are a marvel to behold.