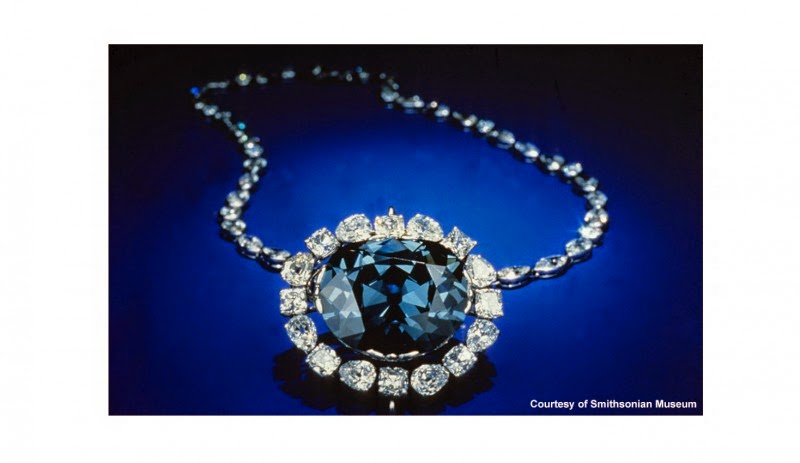 The Hope Diamond residing proudly in Washington's Smithsonian Institute is the world's most famous colored diamond. They say it's priceless. It has no peer of course, so how would one place a comparative value on this mammoth blue rock. When it was un-mounted from its setting in 1974, it was found to weigh 45.52 carats.

THE LAST OWNER
The last private owner of this magnificent stone was heiress and socialite Evalyn Walsh McLean. Her lively personality was also quite colorful.

A guest to her house once pulled out 'something' stuck under the cushions of her deep pillow stuffed sofa. It was the Hope diamond. "Oh if robbers came in, they'd never look for it there," she shrugged.

NOTHING TOO GOOD FOR FIDO
A lover of big dogs, she was also known to put the necklace around the neck of one of her big

pooches, and let it romp outside with that 'choker' on.