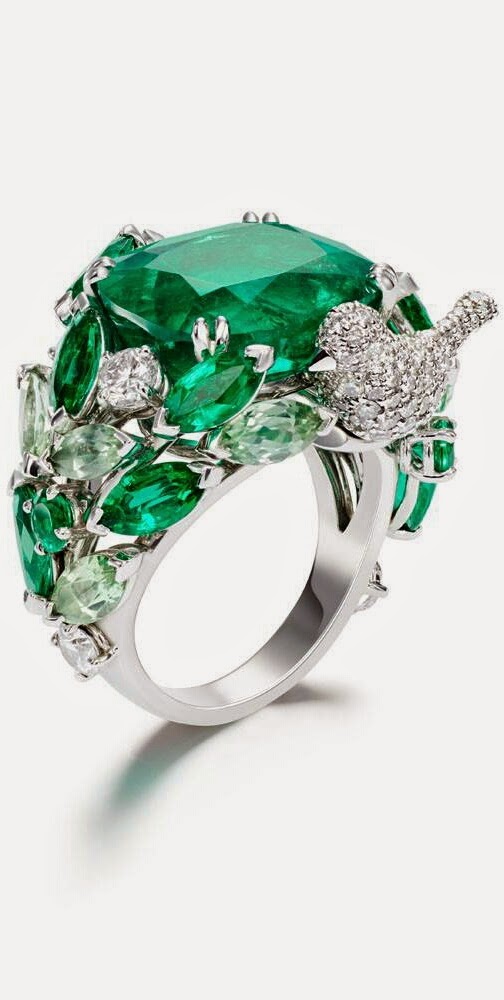 Emeralds are some of the most enduring and coveted gemstones of all times dating way-back-when. In the 1st century CE, Rome's notable Pliny the Elder wrote up these verdant stones in his Natural History, exclaiming "Nothing greens greener".

The creator of the ring pictured here brings the stones to life by placing them in context to a bird's world. The marquise shaped stones look remarkably like leaves.

But recovering emeralds from the ground is a dirty, difficult and often deadly serious effort. Those familiar with emeralds recognize the distinct type of inclusions called 'jardin' which means garden in both Spanish and French. The naturally occurring inclusions mimic the appearance of trees or plants. 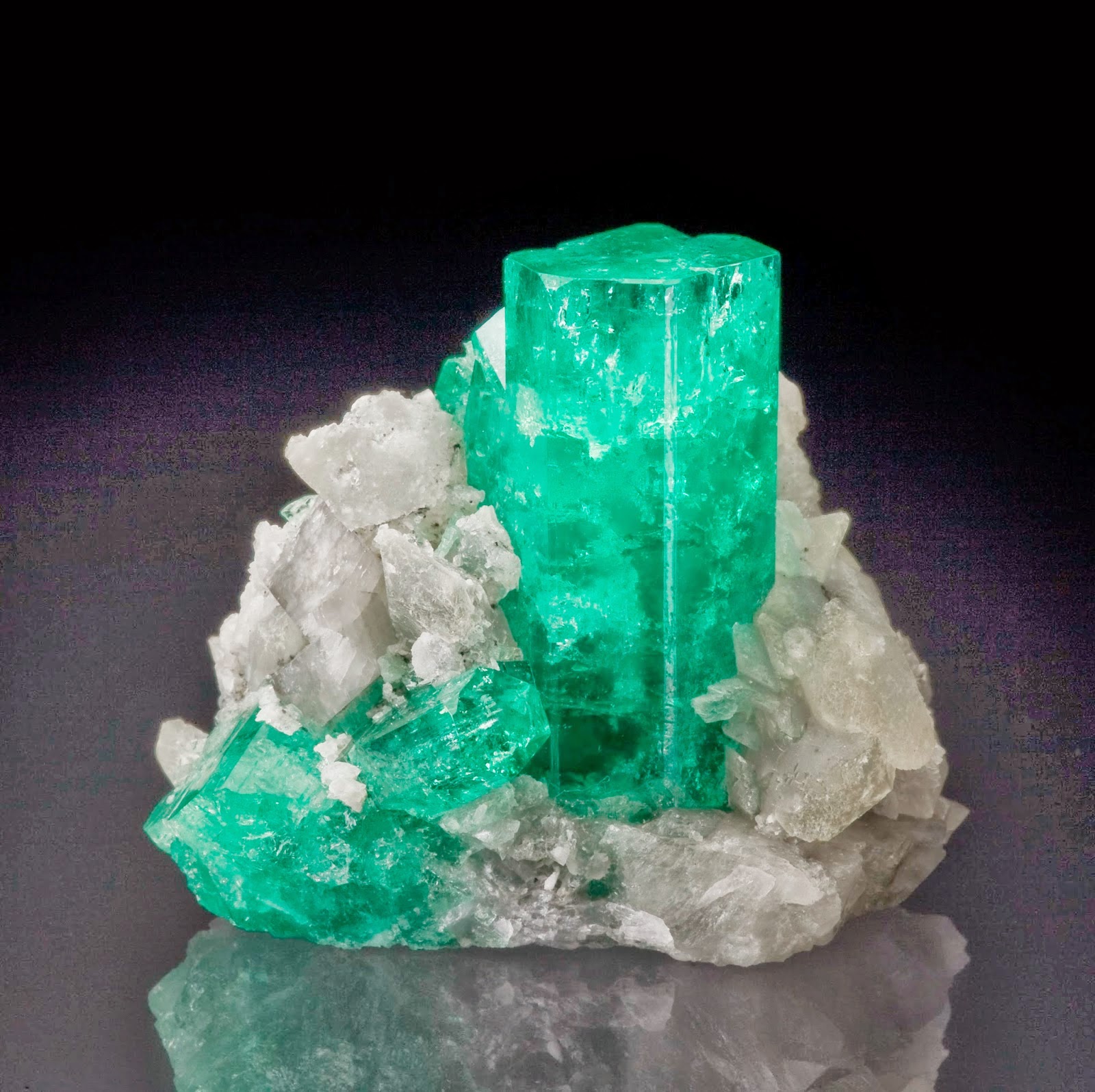 rough emerald specimen from oldrocks.com
Emeralds are very hard to dig out from their rough matrix underground. So miners conduct D&B, or drill and blast to recover the green stones.


In the process, the gems themselves often undergo extreme concussive treatment, resulting in the 'jardin' type of inclusions. Many dealers would suspect an emerald not to be real if it didn't exhibit these identifying marks.

Although emeralds are routinely treated to minimize the appearance of those internal flaws, some rare emeralds are actually recovered with almost no telltale markings of their rough ride to the surface of the earth.

Take another look at the stunning emerald ring and enjoy it with new found appreciation for its clarity.