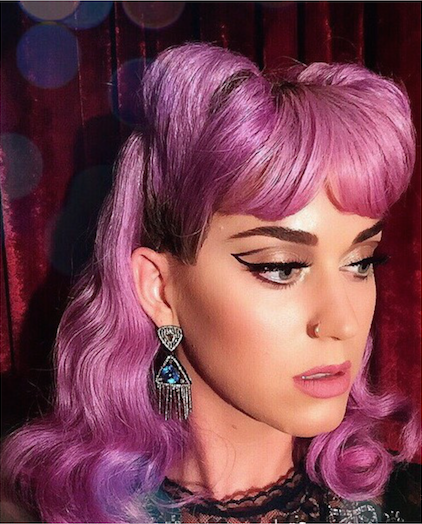 Where There's Color There's Katy
The last thing you'd say about Katy Perry is that she's afraid of color. She's almost as celebrated for her frequently changing hair colors as she is for being a well loved pop star. As an A-Lister, she's sought after by jewelers to wear their latest creations. She does it so well.

Roots and Plenty of Them
We spied the ever evolving songstress at a recent  event in Sutra Jewels blue topaz and diamond earrings. Blue topaz is one of the most universally adored colored gemstones. Pure topaz is actually colorless. But fans of the blue variety are legion. It's loved in especially, where it has been named the official state stone. But this gemstone has been collecting devotees elsewhere for eons. Topazos, a legendary ancient island in the is said to have been the site of its first discovery. 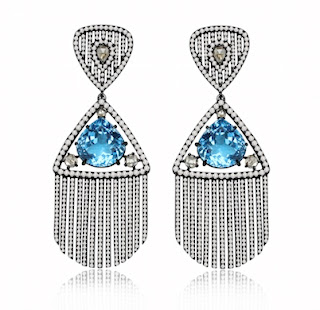 What's Old is New Again
Ancient history aside, blue topaz is also a modern woman's gemstone choice for several reasons. It brings life to the jewelry wherein it is placed. Suggesting water, the sea, the balmy and other dreamy marine destinations, blue topaz refreshes the eye and the soul of the wearer.

Savvy style makers find blue topaz to be a year-round jewel, the perfect complement to an elegant or casual lifestyle. Marketed in a range of evocative monikers like Sky blue topaz, blue topaz, and Swiss blue topaz, they all refer to subtle tone changes. Enjoy exploring all the blues of topaz. There's one that's calling your name. ♦