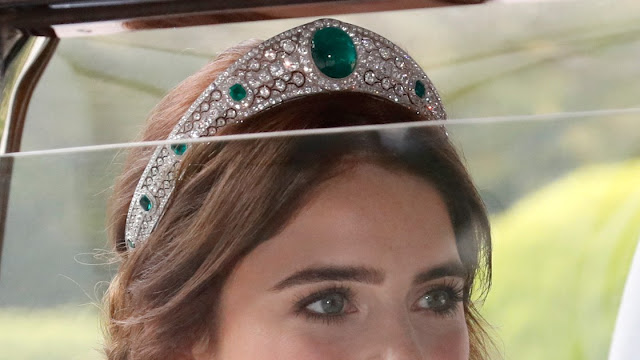 Princess Eugenie picked a particularly stunning tiara to wear on her wedding day. Royal weddings traditionally see its brides wearing all diamond tiaras. Eugenie's emerald topper is a terrific choice to complement her deeply ruddy coiffure. Notice the emerald pendant earrings that finish her look. Those were a gift from her husband, Jack Brooksbank. 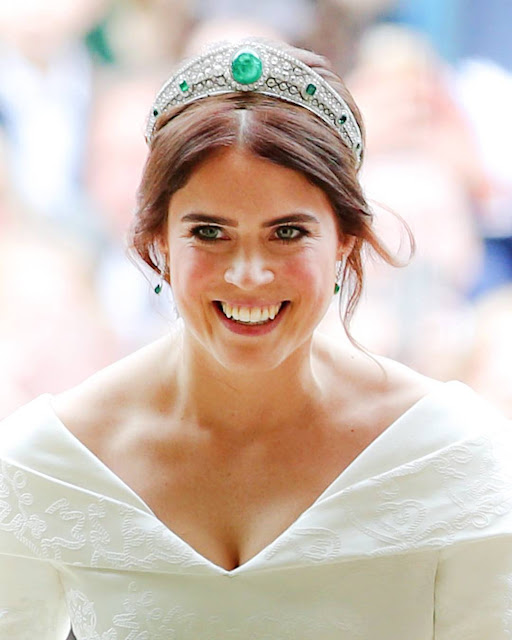 What To Choose . . .  so Many Decisions
While many thought the York (her family) tiara was a shoo-in; Eugenie opted for a colorful choice in headgear to make her wedding photos look all the more memorable . . .  and modern.

What? Not new?
As up to minute as it looks, it's actually a century's old tiara, however. While we're speaking of tiaras, you did know that unmarried women in royal circles do not wear a tiara don't  you? The exclusive exception is the bride being married that day of course. 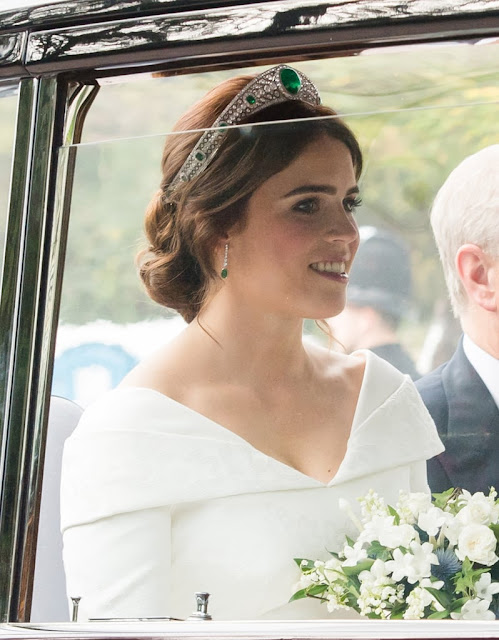 Just the Facts, Please
The jumbo central emerald is a whopping 93.7 carats large. The tiara's proper name is the Margaret Greville Kokoshnik Tiara. Created for Dame Margaret Greville back in 1919 by revered French jeweler Boucheron, it came into the Royal vaults 75 years ago. The word Kokoshnik in the tiara's name refers to the Russian style of tiaras that were en vogue amongst the Russian Imperial Court during the time of its making.  The glitzy headwear is constructed of platinum with six well matched emeralds including that center boulder. Rose-cut diamonds create the pave work to complete the piece. 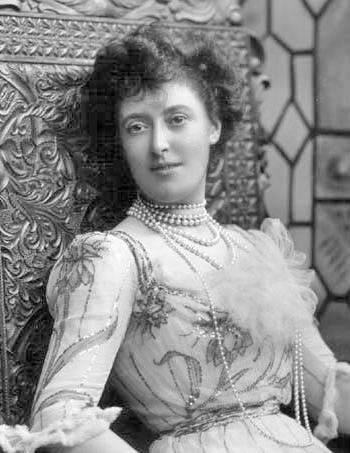 A Generous Dame
The beautiful society hostess owned a trove of sumptuous jewels like this emerald tiara during her lifetime. Upon her death, she willed most of her jewelry collection--a massively opulent array--to Elizabeth the Queen Mother, who died in 2002. It was passed down to her daughter Queen Elizabeth II where it went on loan to Eugenie for her big day. That is a very jazzy 'something borrowed' for her moment to shine.