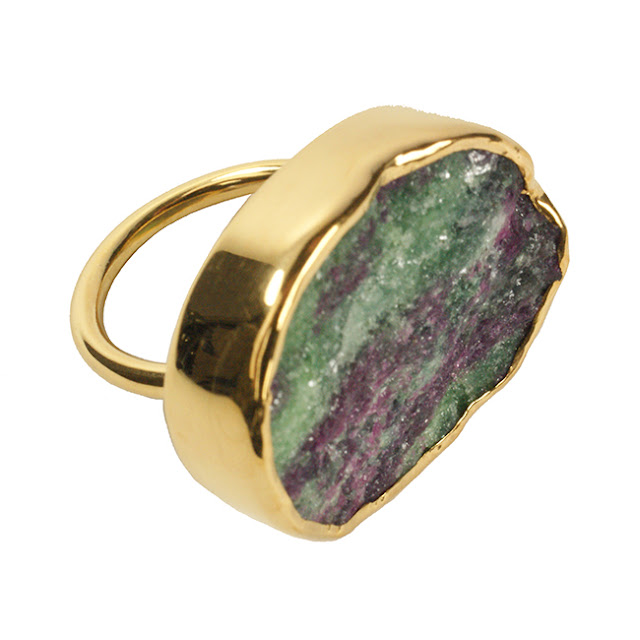 There's no doubt, people love ruby. And Tanzanite? Who doesn't adore that stone and its story. But one particularly sleepy gemstone mashup has pulled my heart-strings, and it's not enjoying the status  it actually deserves.

Don't Settle--Get Both
That would be ruby-in-zoisite. Yes indeedy, it's two--count 'em--two stones in one. Albeit this is a semi-opaque version of ruby and zoisite (the mineral name for Tanzanite) I believe it warrants its own fan club.

Its Own Story
Ruby-in-zoisite, like its cousin the transparent ruby or Tanzanite variety, is also a relative new comer to the gem world. Found in the same district where the purpley-blue hued jewel was unearthed, this rarity was discovered by English prospector Tom Blevins  at the Longido mining region in northeast Tanzania in 1954. 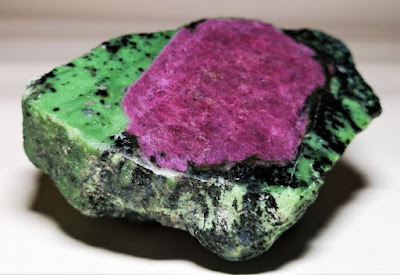 And like other naturally occurring minerals, this gemstone combo can vary widely in its coloration and the percentage of ruby to zoisite. After its original discovery, the stone has not turned up elsewhere. Until today, Tanzania is the only source for his unique gem duo.

How it's Used
Because of its opacity, the best options for showcasing this stone in jewelry is in its rough and tumble form, like the attractive ring from UK's Shushilla Jewellery shown at the top. 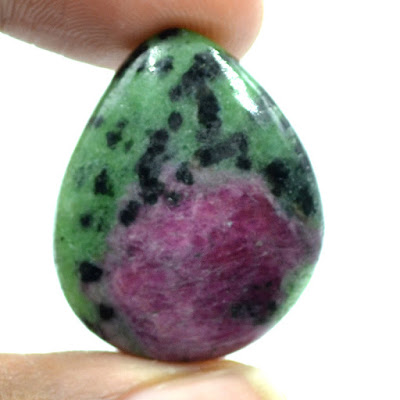 The other way to utilize this sleeping beauty is to create cabochons from the material and place into earrings pendants--even bracelets.

As Original as the Wearer
Looking for something out of the ordinary that speaks to your creative streak, and expresses your individuality? Ruby-in-zoisite may be just the ticket. Of course you'll have to do your homework. It's not all that easy to find. But you're not common either, are you?