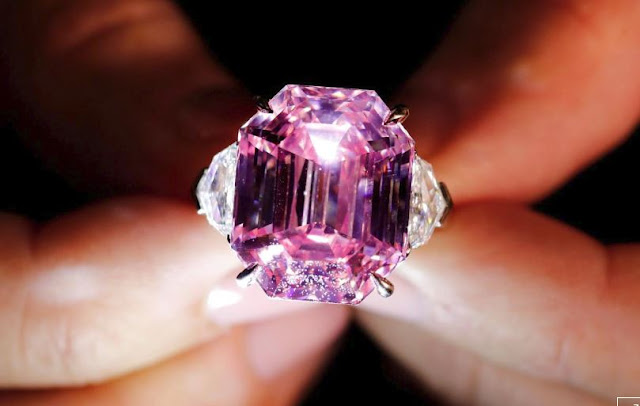 Fancy pink diamonds are white hot. Each sale price eclipses the previous for these spectacular gifts of nature. Christie's Geneva Magnificent Jewels sale held on November 13th garnered more than $110M all told. But half of that amount went to the sale of the auction's hero--just one item called the Pink Legacy.

Facts Please
The emerald cut 18.86-ct diamond, graded as Fancy Vivid Pink was the most expensive pink diamond ever sold at Christie's. And they sell the best of the best. The hammer came down one last time for $50.4 million--just topping the highest pre-sale estimate. This sale also produced the highest per carat price for a pinkie. 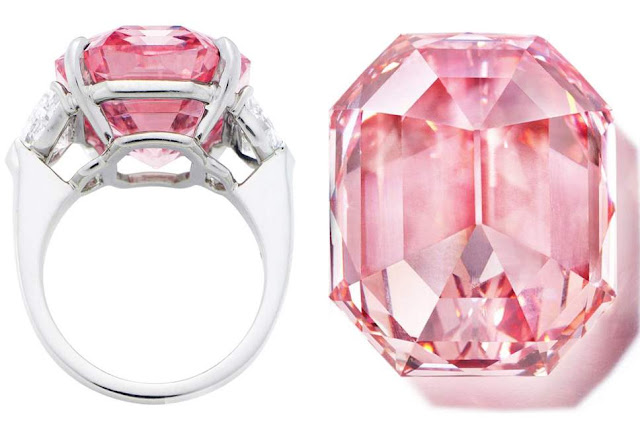 And the Winner Is . . .
Nayla Hayek, CEO of Swatch Group, which owns Harry Winston, said, “We are proud to continue in the Winston tradition of acquiring the finest gems in the world, and tonight The Winston Pink Legacy joins our incredible legacy collection, which began with the acquisition of the 101-carat, D Flawless, Winston Legacy diamond at Christie’s in 2013.”

There are only a handful of buyers who can afford to acquire such a rare stone. Harry Winston buys and sells the most extraordinary diamonds to ever come to market. 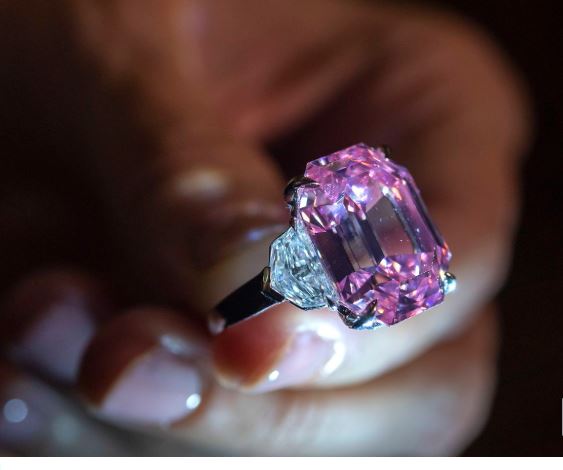 Who's Harry?
The company namesake, American jeweler Mr. Harry Winston, (March 1, 1896-December 28, 1978) owned some of the world's most storied stones. No doubt this pink diamond will take its place in history now.

Winston bought the Hope Diamond and enjoyed it for a decade before donating it to the Smithsonian Institution in 1958. Perhaps the legacy of Mr. Winston himself can be distilled into 3 descriptions of his character. He was called an innate gemologist, an intuitive business man, and a dedicated philanthropist.

In the room . . .
Still, $50M is nothing to sneeze at. That's quite a tidy sum even for the gang of six. Christie's Auctioneer Rahul Kadakia said the bidding was "spirited". There were at least 5 telephone-bidders. But a representative for Harry Winston sitting in the front row intended to claim his prize.

So, just how long did this bidding go on before it was all over--giving Harry Winston its trophy?