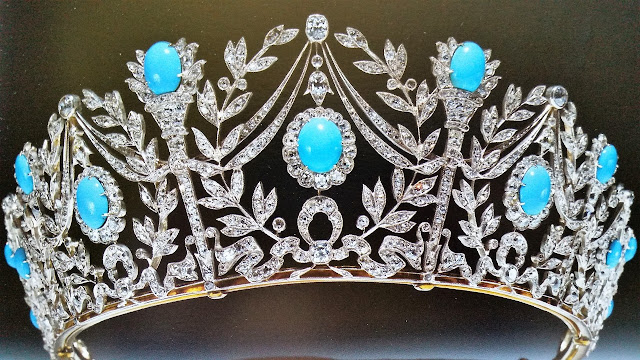 The words turquoise and tiara aren't often thought of as a common pairing. But tiaras of course are anything but common.

Triumph in Turquoise
The exquisitely crafted Triumph of Love Persian turquoise tiara is as sumptuous as it is
pedigreed; going back to the turn of the 20th century. Created by famed jeweler to royalty, Garrard circa 1900, it was originally presented as a wedding gift to Lady Elizabeth Bowes-Lyon (the current Queen Elizabeth II's mother) by her father-in-law King George V.

The Gift That Keeps on Giving
She became the Queen, and later Queen Mother, eventually giving it to her other daughter Princess Margaret as a 21st birthday gift.  Margaret considered it to be her favorite tiara, and was photographed numerous times wearing the stunner. 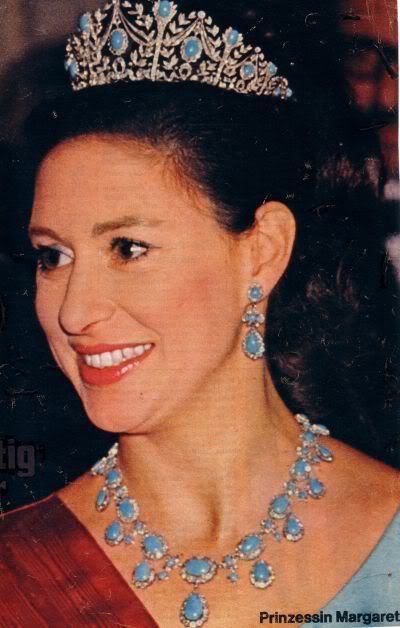 The Difference in Turquoise
But why was this called Persian turquoise? Ancient Persia, today known as modern Iran had a number of mines rich with turquoise that boasted a wide variety of colors. Not only are the hues of Persian turquoise exceptionally evocative, but the quality of the rough itself is unique in the world of turquoise. Material from this source is often seen as being finer grained and absent of the matrix we see so often in Western turquoise. These characteristics besides being uniformly colored, allow the stones to take a higher polish for a more gleaming result. 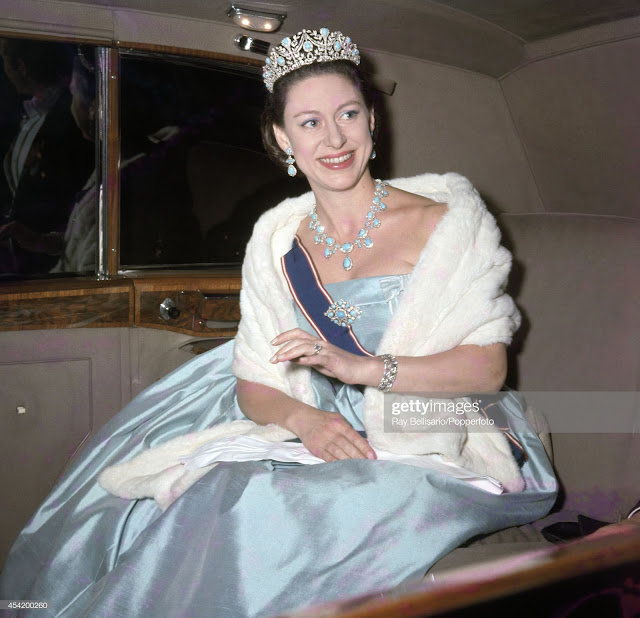 While our first thought is to envision royal toppers to be constructed of diamonds, they are also found in captivating alternative stones that have their own charm and story, like the Triumph of Love Persian turquoise tiara. It has not made a public showing since Margaret's day, but we think it's time to bring out these blues again, don't you?