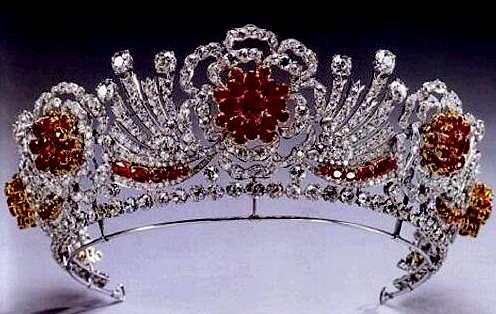 You might have noticed a certain crimson headdress on Queen Elizabeth II when she hosted President Trump at a State Banquet recently.

Dressed to Impress
What a glamorous topper! And like many of Her Majesty's jewels, there's a good story behind all that sparkle. 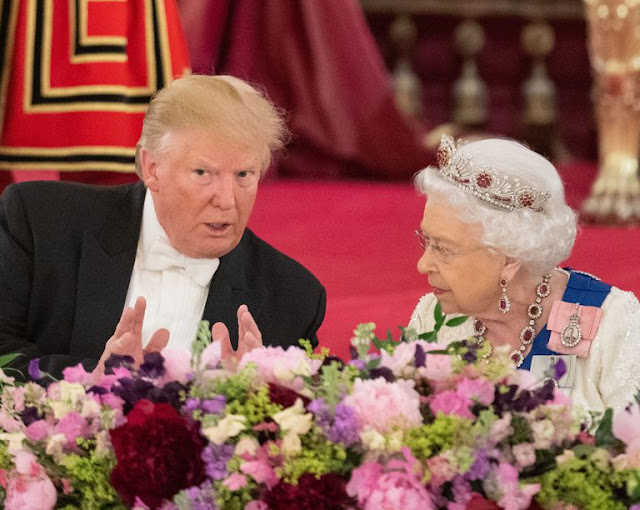 "Just want to say, I love your outfit,Your Highness"

It Has a Name Too
The regal tiara is named The Burmese Ruby Tiara. And we all know that Burmese rubies are considered the creme-de-la-rouge when it comes to ruby color and quality.

She's been photographed so often in this particular adornment that it must be a sentimental favorite of hers. Or perhaps she loves the strong statement that the color makes at ceremonial events. This festive diamond and ruby creation was commissioned by Her Majesty in 1973 using 96 rubies given to her as a wedding gift in 1947 by the people of Burma, today called Myanmar. 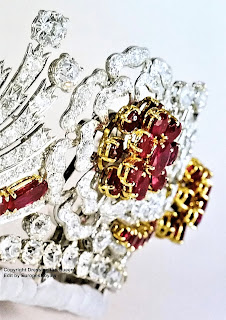 She had the diamonds on hand too--how convenient to whip up this remarkable tiara. Another wedding gift was a tiara from the Nizam of Hyderabad. 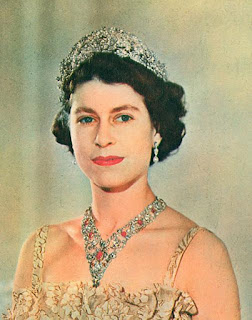 In a magnificent mashup, she got the perfect finishing touch for her sensational parure of ruby and diamond jewelry.

The image to the right shows a young Queen Elizabeth wearing the Nizam of Hyderabad Tiara. The Nizam was a monarchy founded in India in 1724 and abolished in 1948 when this realm was integrated into the rest of India.

The Nizam tiara was actually a delicate and very young looking diamond head piece that suited the Princess --later as Queen very much.

But taste is a highly personal thing and in the end, her preference won out.