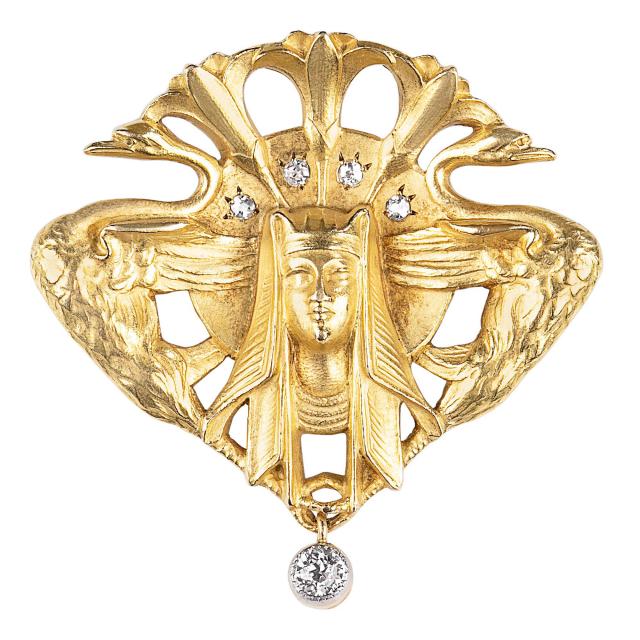 Auction devotees may see the the words Art Nouveau and Egyptian Revival sometimes placed in the same sentence.

Defining Style
To make things clear, Art Nouveau was a decorative style that first emerged in the late 1890s and stayed in vogue through the early 1910s. The legendary style was characterized by soft lines, curved fluid shapes, and often featured natural designs of organic origin like floral objects, birds, and animals.

Recently Doyle auctioneers announced its upcoming jewelry sale will include the above French brooch labeled as an Art Nouveau Egyptian Revival style.

Its Art Nouveau characteristics are apparent throughout the stylized piece. The central focal point is an Egyptian pharaoh flanked by two sacred ibis birds on either side. Ibis depicted here represented wisdom, knowledge and writing. Above the diamonds over the pharaoh's headdress are stylized papyrus reeds that lined the edge of the Great Nile River. Papyrus was used to create reed boats that floated along the Nile, and also was made into a thick early form of paper for Egyptian, Greek and Roman writings. These are all important Egyptian symbols of course. 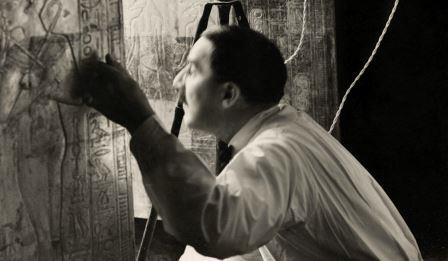 Discovery of the Century
But the word "Revival" indicates that the style did not exist in a vacuum. The highly dramatic and glamorous Egyptian Revival era was the direct result of the awe inspiring finds of Dr. Howard Carter, discoverer of  now famed Egyptian King Tutankhamun's trove of riches uncovered intact in his burial tomb in 1922. 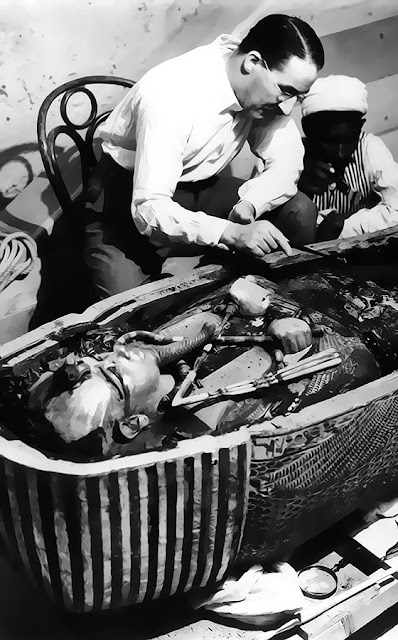 Art Nouveau remains a romantic jewelry choice for feminine individualistic collectors. It holds its own as an ongoing accessory style in a post-modern era. Egyptian Revival is still as elegant as it was in its original iteration some 3,000 plus years ago when it reigned in Egypt as a formidable voice of a majestic civilization.

While it's not prominent in contemporary jewelry now, Egyptian Revival should be. Its sophisticated symbolism spotlights a fascinating message as timeless as life itself.