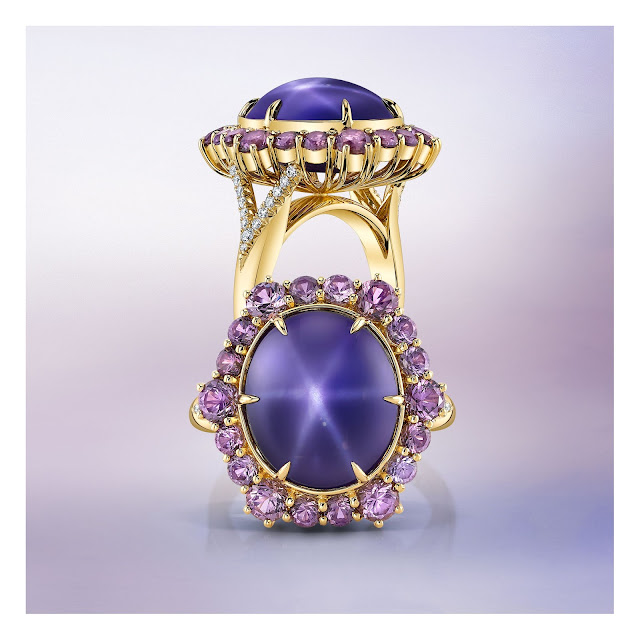 Throughout time immemorial, the mere sight of stars has held mankind captive. How wonderful to gaze at their majesty and mystery. We can also experience a similar mesmerizing effect when gazing at star gemstones.

How does that phenomenon occur in gemstones, actually? Certain stones, like ruby, sapphire, moonstone, and garnet to name a few, can sometimes appear with a star effect called asterism. To reveal this appearance in a jewel, first of all the gem material has to have silk-like inclusions naturally occurring inside the stone. This phenomenal effect is quite rare in any gemstone whatsoever. So finding an extraordinary specimen is a bona fide treasure.

By polishing the stone into a domed cabochon, rather than faceting it, the inclusions, (often rutile needles) result in rays centering on the top of the dome, and extending all the way down its sides, displaying 6-rays. A phenomenal oddity you may find interesting occurs in another material, star diopside. This stone displays 4-rays rather than 6. But on any material, and certainly with sapphire, the straighter the rays, and the farther down they extend to the entire stone, the more valuable they are.

OMI Prive scours the globe looking for the most extraordinary examples of gemstone varieties. They are lauded for their rare stones eclipsed only by their expertly crafted settings. The purple star sapphire ring shown here ticks off all the boxes for both rarity and beauty.

OMI says about this ring, "A guiding star hidden within. When light hits this 14.48 carat purple star sapphire, its rays appear in alignment with six claw-like prongs." Now that's creating with intent. 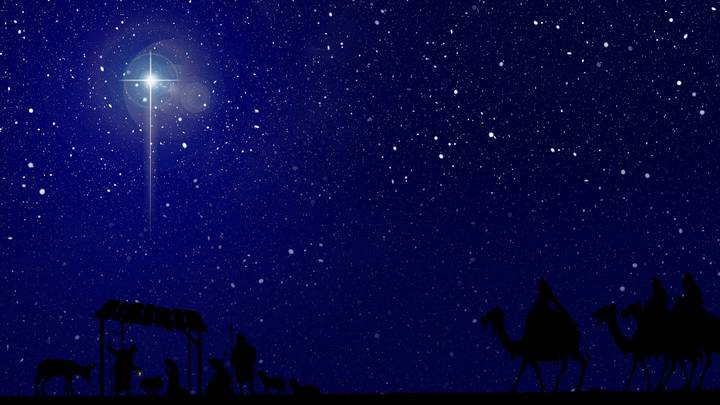 This month is as good as any for casting your gaze skyward. It's Christmas time for many people and the star holds a special message. The Christmas story tells of Three Wise Men guided by a spectacular star in the east that heralded the Child's arrival.

Did you know we can enjoy a spectacular celestial show once again in modern times? On December 21st, which also happens to be the Winter Solstice, Jupiter and Saturn will bring us another cosmic Christmas Miracle. For the 1st time since the Middle Ages--1226 to be exact, these planets will appear so close as to create the Christmas Star once again.

Now to be clear, these planets do align similarly every 20 years or so . . . but not that close, and not that bright as to appear like one gigantic symbol of hope.

And with this year now slipping behind us, thank goodness, couldn't we all use a ray of hope? After all, it'll be another 800 years before we can see that spectacle again.