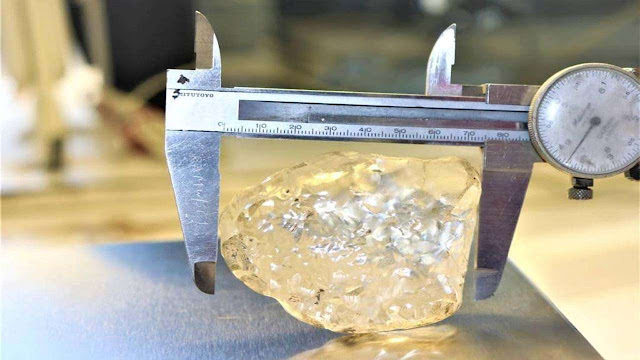 Diamond lovers can easily tell you that the largest gem quality diamond ever unearthed was the Culinan, discovered in 1905 in South Africa.

That gigantic stone weighed in at 3,106 carats. Huge and then some. What most people never knew however is that the rough was discovered with a massive perfectly straight cleavage plane. That means it was naturally separated underground at some point along its cleavage. So the Culinan we know was part of a larger diamond crystal. Imagine that.

The recovery of large diamond crystals is the stuff of dreams--where everything turns out super wonderful in our lives and maybe made into a musical film with synchronized swimmers or whatever. All we know is we love to find these unicorns of nature.

The 2nd largest gemmy diamond ever found was a 1,109 carat diamond named the Lesedi La Rona discovered in Botswana more recently in 2015.

Now the latest stunner is a spectacular 1,098 carat diamond crystal just recovered from Botswana too. Who can price such a find? It will take some time, say experts.

On June 1, 2021, Debswana Group reported the recovery of an as yet unnamed crystal measuring 73 x 52  x 27 mm. It could not have come at a better time for  Botswana, which suffered greatly after the pandemic hit. 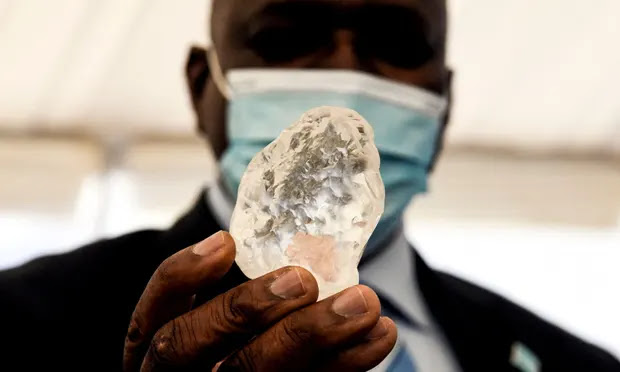 Buoyed by this remarkable discovery, the mine plans to increase its production as much as 38% over its pre-pandemic output. Everybody go yay!