Well, This is Cheery

Jewelry comes for sale at auctions all the time. Some items have never left their original owner's jewel box for decades . . . or centuries.

Items from prominent owners give us a peek into their lives --- at least into their individual tastes, and what was fashionable during their lifetime. Personal adornment helps us see items in context to the era in which it was enjoyed as well as disclosing the craftsmanship, techniques, and gemstones in vogue at the time of its creation.

That's why we love catching a glimpse of the listings from famed auction houses. Eventually many important jewels pass will through those hallowed halls on their way to finding another owner and a new story to unfold in its next life.

The charming little flower pot brooch sporting (L to R) citrine, almandine garnet, peridot, and pink tourmaline is up for sale at Christie's online auction--with a closing on November 25, 2022.

Fashionable Cutting Style of the 30s

While it's an absolutely darling piece, it will appeal to only certain buyers.

The clip back brooch made by Cartier in the late 1930s has a wonderful provenance. This brooch was a gift from the late King George VI for his younger daughter the princess Margaret. 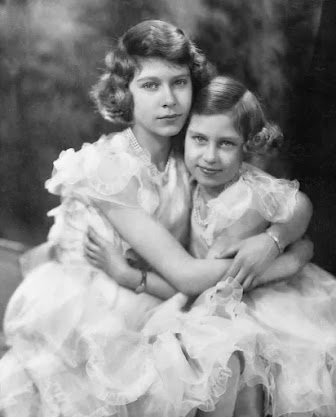 The adorable brooch leans toward a childlike vibe which is understandable given that His Majesty gifted Margaret with the pretty brooch when she was only 8 years old. It's likely that a British royal fan, or one with a yen for jewelry history will pick this up. Perhaps a  modern parent will find this irresistible for their offspring.

The Power of Provenance

To the delight of royal watchers, this piece has come around for sale again after it was first sold in 2006 in a rather large sale of the late princess' jewelry. Items from famous owners usually garner far more than their conservative pre-sale estimates. This piece (in the 2006 auction) fared very well against its pre-auction estimate of £3,000-4,000 GBP. It realised £38,400.

Let's see how it goes this time!.